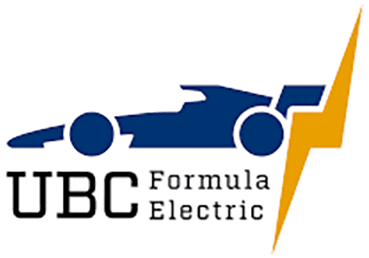 UBC Formula Electric is a student engineering design team from the University of British Columbia that designs and builds electric race cars to compete in the Formula SAE series. Being the largest student engineering competition in the world, the Formula SAE series requires a diverse array of technical abilities. The UBC Formula Electric team is comprised of 60 students from a variety of disciplines.

The UBC Formula Electric team competed in the FSAE Competition in Michigan from June 14-18, 2022. In the lead-up to the competition, the team used two Voltstack 5k e-Generators to charge Kronos (their 2022 electric racecar) and other power supplies. While at the competition, their entire paddock was powered by the clean energy electric generators or portable power stations.

“We used to use a gas generator for all our power needs,” says Chris Wilson, Team Captain. “During the COVID lockdown, it was stolen. I felt that was the best time for us to transition to a clean power solution like Portable Electric. I first saw the Voltstack in action at ElectraFest 2019 and then read about their role in No Time To Die. The Portable Electric and GreenWave teams have been very helpful since day one.” 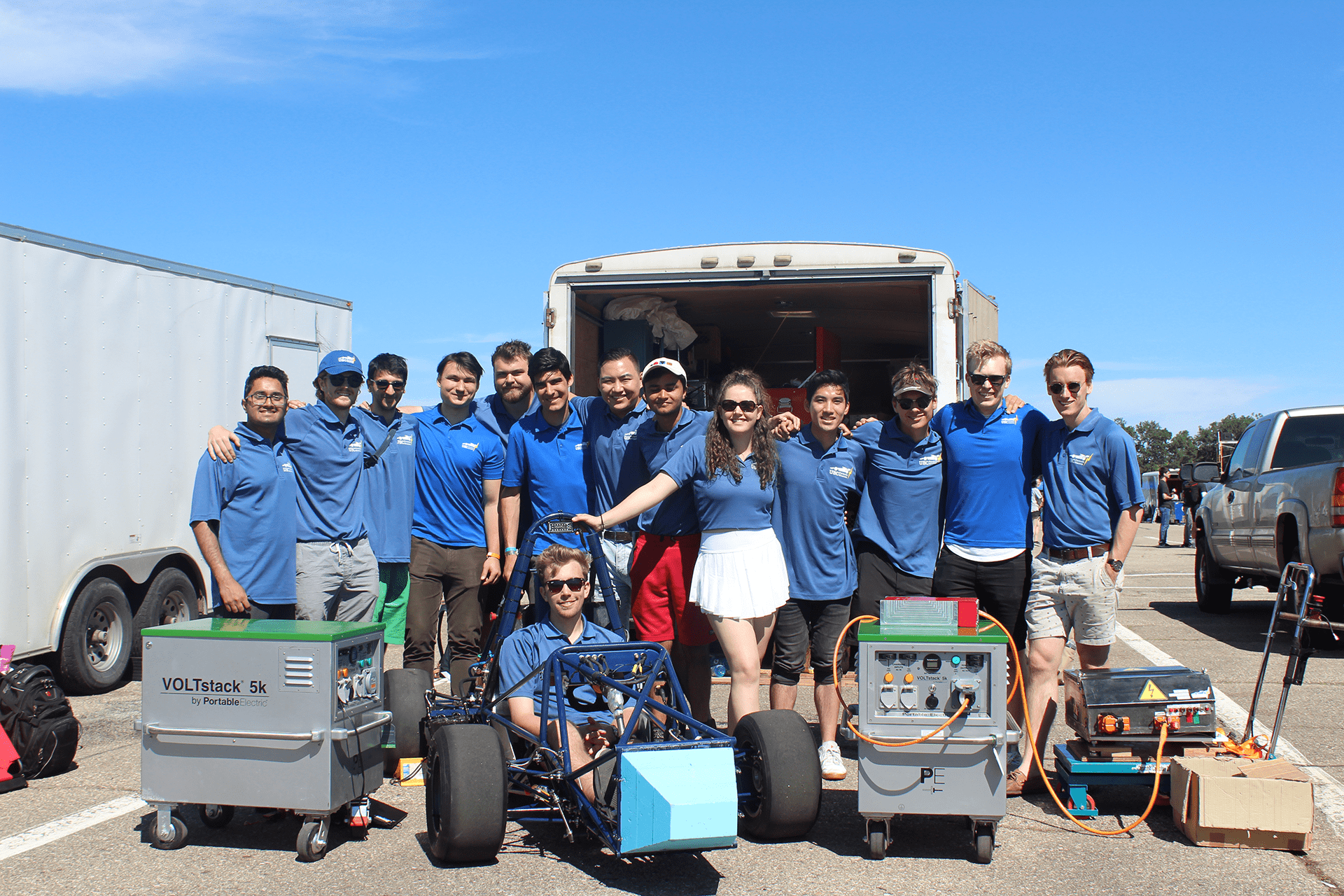 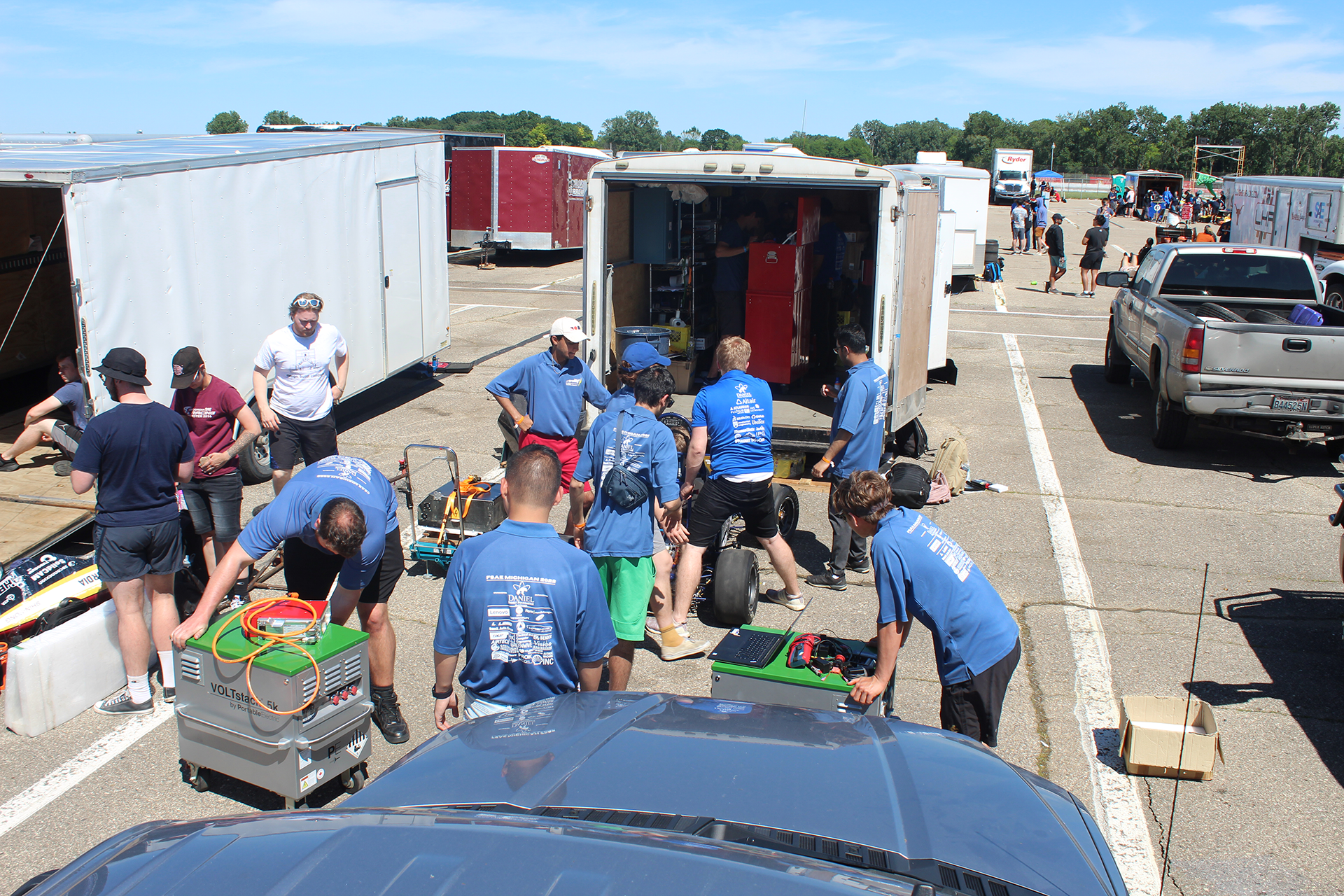 “Using the Voltstack 5k e-Generators was a breeze,” Chris says. “We were really spoiled with the single button functionality and moving them around was so simple! We were especially taken aback by how quiet the portable power stations were. We would place them right beside our workstations and didn’t need to wear noise-canceling headphones or yell at each other as we did in the past with our gas generators. For the same operation, we would have to run a 100-foot cable from the gas generator to where we needed the power and then use extension cords off of that cable, which is an electrical practice that we were not a fan of.”

To learn more about Voltstack mobile EV Chargers, get in touch with an Energy Consultant today!