While filming an episode of the CBS drama God Friended Me, the production team sought to shoot a pivotal scene in Times Square. In order to do this, they had to ensure they could navigate the many challenges without interruption. “As you can imagine, Times Square is a heavily trafficked area in New York City,” says Parker Shippey, founder of Shattered Prism. “And so there are these islands you can occupy within Times Square for your production. While you can cordon off the area, you can’t entirely eliminate the possibility of foot traffic. The production team wanted to do these big technocrane shots because it’s Times Square and they wanted to sell it as this big, expansive scene at the level that people expect.”

Powering that technocrane proved tricky. A 6500-watt generator sounded good in theory, but that would mean cordoning off a larger area of Times Square which would mean more expenses and a larger carbon footprint.

Adding to the list of dilemmas was the concept of time. Even if the team were willing to set up a 6500 far enough away to deal with the other problems, the time required to set up the shot would incur heavy costs in the form of permits. The hits just kept coming.

Lucky for them, a gaffer on the show recommended a Voltstack® 5k e-Generator as a solution. “This was the first time they had been exposed to the Voltstack® technology,” Parker says. The technocrane had its own Voltstack® 5k portable power station which meant the team got silent, reliable power without any of the cable hassles. A separate VOLTstack powered the production team’s sound, battery cart for cameras and supplemental LED lighting.

In addition to creating a sustainable film set by supplying silent, continuous power with no tripping hazards the Voltstack® 5k e-Generator saved the production an estimated $1,500/week! As you can imagine, the rave reviews never stopped.

“Once they were done, they didn’t have to wait for a bunch of electricians to wrap the cable, re-run it in a different direction or pick up cable crossovers,” Parker says. “It was as simple as throwing a few single extension chords, and gang boxes on top of the VOLTstack and wheeling it to the truck.” 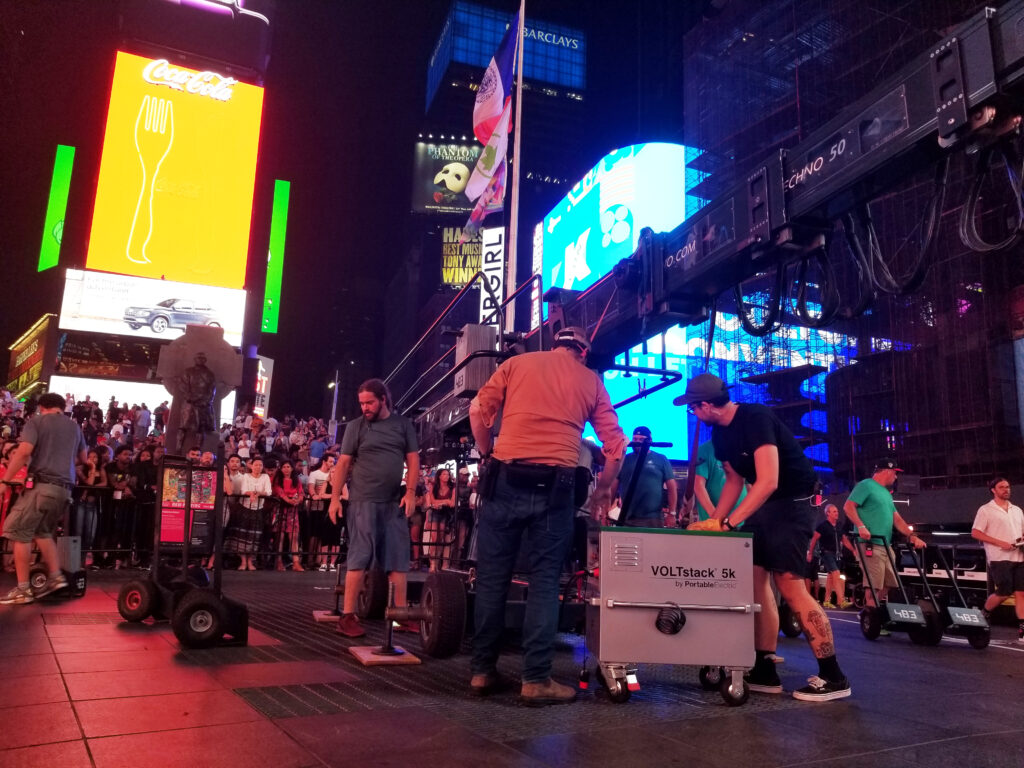